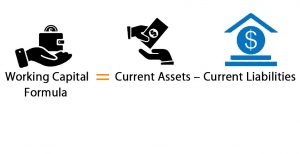 This week we pick back up Part II of our net working capital discussion with a question: is it possible for a seller to drain his company of cash just before transaction close? If so, when and how can he do it?

Last week I began this Agility Growth series with an analysis of the net working capital adjustment. In Part I of the discussion, we defined net working capital and identified the fundamental reason that it is important in a deal: it potentially affects purchase price!

In Part II, we introduce the philosophical rationale for including working capital adjustment language in definitive deal documentation, an explanation that flows directly from differing buyer/seller motivations regarding the management of working capital after the “face value” of a deal has been negotiated.

Assuming that everything else is equal, a Buyer would obviously like to pay as little as possible for a company. However, without working capital controls in place, a sophisticated buyer knows there is a non-trivial chance that a seller’s working capital position will be significantly worsened from the time purchase price is negotiated and the time that definitive documentation is signed and a deal is closed. The reason is simple: assuming that everything else is equal, a seller would like to obtain as much value as possible through the proposed transaction and the events leading up to it. This conflict in motivations for responsible working capital administration becomes a tangible direct deal-related cost to a buyer.

Given the foregoing, sellers have a clear motivation – assuming no moral angst – to extract as much cash (through dividends) as possible from a business from the time price is negotiated to the time a deal closes. This is particularly true if there is a period of time between the signing of deal documentation and the closing of a transaction; i.e. there are closing conditions, such as regulatory approvals, as part of the deal. Common methods for extracting such value, absent a working capital adjustment, include: aggressively collecting accounts receivable while deferring payment on accounts payable; convincing customers to prepay for goods and services, and; failure to replenish inventory.
These practices, absent an adjustment mechanism, allow sellers to hoard cash and then pay it out as dividends before a deal closes. Buyers, in such cases, would be left holding a bag stuffed with little current assets yet enormous liability. For this reason, buyers are usually the ones that introduce the concept of a working capital adjustment in the name of protecting their interests. The justification is understandable: buyers want sellers to act responsibly (sustainably) between agreement and closing.

However, in deals where a working capital adjustment is utilized, buyers often exploit one important category of current liability to mine value from sellers at close. In some cases, this value extraction extends far above and beyond reparations for a seller’s balance sheet pillaging. This balance sheet item is “deferred revenue,” otherwise known as “unearned revenue.” Deferred revenue’s impact on the NWC adjustment can be especially important with software and other capital efficient tech businesses -- like the ones I have spent my career serving -- where the cost of delivering the "unearned" (according to generally accepted accounting principles or "GAAP") revenue is much lower than the deferred revenue liability.